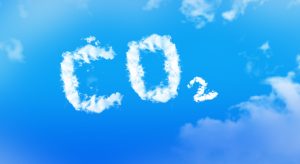 Background – Hydrofluorocarbon (HFC) refrigerants were part of the solution when chlorofluorocarbons (CFCs), were phased out. CFCs had been used since the 1930s for air-conditioning, refrigeration, and many other applications.

However, their impact on the world’s ozone layer was recognised in the 1970s. In 1990, the Montreal Protocol was strengthened, and CFCs were effectively banned by 2010.

Almost three decades on, HFCs are now known to have global warming potential (GWP) and are also due to be phased out. Under the Kigali Amendment to the Montreal Protocol, these refrigerants won’t be used for applications such as air-conditioning and refrigeration after 1 January 2024.

Two other hydrochlorofluorocarbons (HCFC) refrigerants, (chlorodifluoromethane or R-22 and trifluoroethane or R-123), also widely used in commercial applications, will no longer be used after 2020. R-123 won’t be used for new cooling equipment after 1 January 2020, although it will still be produced for servicing equipment until 2030. R-22 is no longer used for new equipment and new R-22 won’t be produced or imported after 2020.

CO2 as a viable alternative refrigerant

CO2 has been used for refrigeration since the mid-nineteenth century. It was replaced with man-made refrigerants including CFCs and HFCs during the twentieth century.

There have been concerns that it is dangerous to use CO2 as a refrigerant. However, there are risks with all refrigerants if they are used in the wrong conditions. In a properly designed installation, CO2 can be as safe as other refrigerants.

Since CO2 is colourless and odourless leak detection is an important consideration. However, other refrigerants also need to be carefully managed and monitored.

As other common refrigerants are phased out, the comparative cost of installing and running CO2 systems now makes them a viable choice.

Characteristics and benefits of CO2

While using natural refrigerants can be limited because of their toxicity and flammability, CO2 is neither in normal refrigeration applications and is a viable option when these issues are a concern.

CO2 doesn’t deplete the ozone and is recognised as being environmentally friendly, with a Global Warming Potential (GWP) of 1.

CO2 systems can be more efficient than many current systems in most climate conditions, so indirect emissions of green-house gasses (GHGs) from additional energy consumption can also be reduced.

Higher compression is needed for CO2 systems compared with other systems, but this can lead to smaller pipework sizes and reduced suction valve costs. Compressors can be up to six times smaller than more traditional applications and higher suction pressure improves efficiency.

Thanks to the high heat transfer characteristics of CO2, evaporators can operate at higher temperatures. With a smaller difference between temperature of the refrigerant and the air temperature also means that efficiency is improved and capacity in the heat exchangers can be increased.

CO2 is inert and stable, so chemical reactions with polymers aren’t a concern. Since it isn’t corrosive in most cases, it can be used with the same materials as HFC systems. Because it’s stable, decomposition within the refrigeration system is reduced, so CO2 systems have longer lifespans than HFC systems, for example.

CO2 is already being used more widely for industrial refrigeration as the low-stage refrigerant in cascade installations or as a secondary coolant. With the latest design and technology developments it is also becoming viable for commercial applications.

Contact us and we will be happy to give you advice on your industrial or commercial installations.

Chillaire are based in the heart of England with various offices in surrounding areas, from where we provide a national service through our locally and remotely located engineers.
Get A Quote