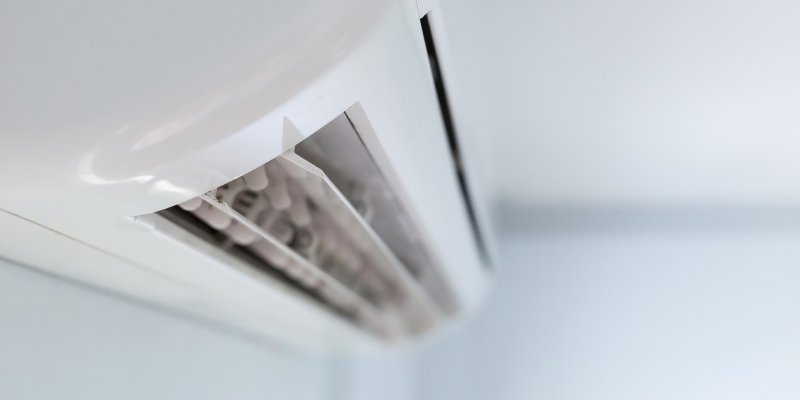 The History of Air Conditioning

People are often surprised to hear that the history of air conditioning is both complex and lengthy. Air conditioners, although a relatively new invention in their current form, have their origins in ancient civilizations. The Egyptians and the Romans, for example, all had systems that attempted to cool the air and regulate internal temperatures. The concept and execution of air conditioning has constantly evolved, resulting in what we now have. Today we at Chillaire are going to guide you through the historical timeline of air conditioning, all the way to modern installations such as the ones we provide.

Throughout history, civilizations have attempted to regulate internal temperatures through various means. The history of air conditioning is one which spans thousands of years, and it took a great deal of refinement to arrive at where we are today. For example, Ding Huan was an ancient Chinese inventor that lived in second century China. He is accredited as laying the foundation for modern air conditioning through the creation of a rotary fan. This huge fan was made up of seven wheels and required one person to turn a crank, which in turn produced cold air that could cool an entire hall.

Examples of people trying to regulate indoor air temperature exist in other parts of our history, even further back. In ancient Egypt, for example, a popular method of cooling the interior of homes was to hang wet reeds in windows. Air would blow through these reeds, and thus convert the incoming air to cold air. Cold air would thus be sent into any dwellings and would provide a comfortable environment in searing temperatures, as well as much needed moisture in the dry desert air.

The Romans fitted pipes into the walls and floors of their homes, and ran cold water through these pipes and water systems. This reduced the temperature of property walls and thus minimised temperatures when hot air came in contact with them. The air conditioning history timeline is pretty interesting, wouldn’t you say?

It was some time until air conditioning as we now understand it was discovered and created. As early as 1758, Benjamin Franklin partnered with John Hadley and carried out documented testing for the theory of air conditioning. They relied on alcohol and evaporation during these tests to attain freezing temperatures.

Fast forward to the early 1900s and William Carrier, a skilled engineer at the time, was enlisted by a publishing company to solve an application problem. The company was seeking a way to dry ink faster and to stop products expanding as a result of moist internal air. In light of this, Carrier sought to resolve this issue and went on to create the first modern air conditioning system. This first system sent air through coils filled with cold water, which subsequently lowered internal temperatures and removed moisture. This would go on to improve our lives in a number of ways, and has had a far greater impact than Carrier, we assume, initially anticipated. After initial success, Carrier would go on to create Carrier Air Conditioning Company of America with the intention of creating factory based systems.

Other developments include H.H. Schultz and J.Q. Sherman’s residential window air conditioner in the 1930s. These systems fitted onto the ledge of apartment and home windows and vented outside. Able to both cool and dehumidify a room, these systems attempted to bring the concept of air conditioning into the home. For the majority of people however, these air conditioners were far too expensive. It was not until many years later that air conditioner units were deemed as an affordable luxury. For a significant length of time, air conditioning was reserved for those of extreme wealth.

We sincerely hope you enjoyed reading up on the air conditioning history timeline. The history of air conditioning is lengthy, with air conditioning having come a long way to where it is today. Modern systems are capable of efficiency and effectively regulating temperatures at prices available to everyone. If you are based in the Midlands and require any work on your air conditioning system, we can help! We have ample experience fixing, installing and servicing air conditioners from leading brands. For a free quote, visit our contact page and reach out today.

Chillaire are based in the heart of England with various offices in surrounding areas, from where we provide a national service through our locally and remotely located engineers.
Get A Quote